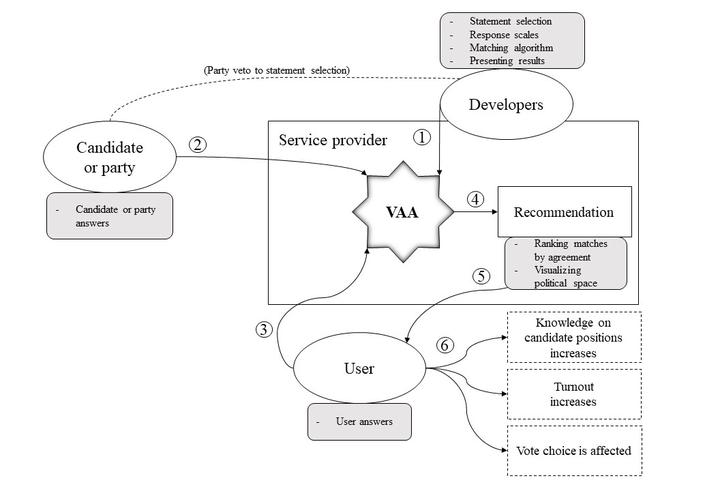 Voting advice applications (VAAs) have become a part of electoral campaigns in many European countries. There is evidence that the usage of VAAs have real political consequences, as the usage has been linked to effects on political knowledge, turnout and vote choice. However, several methodological and normative issues have been pointed out regarding VAAs. The thesis follows design science research strategy, which identifies and proposes solutions to issues related to five Finnish voting advice applications that were developed for the 2019 parliamentary election. Based on the identified issues, a new overall VAA design is envisioned along with a novel way to visualize VAA results.

The research data consisted of news articles about the VAAs and data collected from the VAAs, including VAA statements and candidate responses. To identify issues directly from the VAAs, content analysis along with expert evaluation was performed. Additionally, an interactive web application was developed with R programming language to visualize VAA output.

The results showed that the Finnish VAAs lacked transparency, user interactivity and visualizations that would allow for candidate comparisons. Moreover, the VAAs also had algorithmic issues and problems with VAA statement structures. A novel network-based approach comparing candidate to candidate closeness was developed and it also proved to be suitable for detecting possible strategic behavior of parties in guiding their candidates’ VAA answers. Based on these findings a new VAA design was envisioned, which consisted of two phases. The suggested design aimed to give users more power over VAA designers in the process and improve the quality of the voting advice.

It is left for future research to implement and test the suggested design. The goal of this thesis is to provide guidance to VAA developers and encourage for more innovative VAA designs. 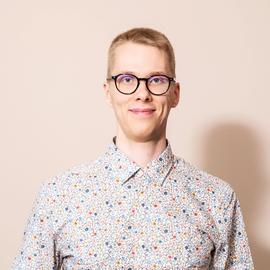 My research interests include VAAs, data science and electoral research.